For many of us, the first time we played a ping pong match was at a friend’s house. A small table tennis set would be assembled in someone’s basement, and before long everyone would have a paddle in their hand. These were often some variation on black foam or vinyl-covered paddles. More serious players or those who found success with these early models usually graduated to wooden paddles. Sandpaper was an upgrade from foam and rubber for some advanced players looking to achieve more spin and speed on their returns.

Sandpaper Ping Pong Paddles vs Rubber In recent years, sandpaper has been replaced by better technologies that have given rise to new styles of play while still maintaining current speeds and spins. The technology behind today’s high-performance rubber is diverse and ever-changing. In order to maintain a competitive advantage, some manufacturers follow closely guarded trade secrets as they develop their rubber products. 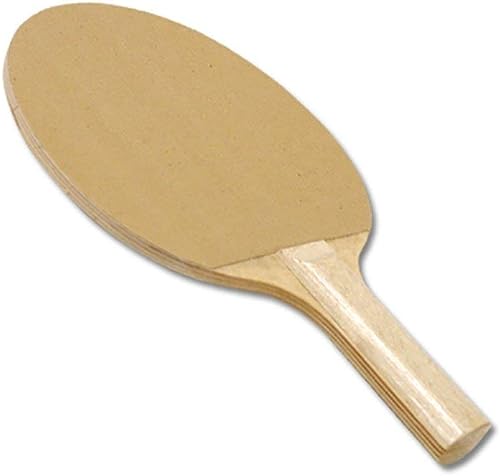 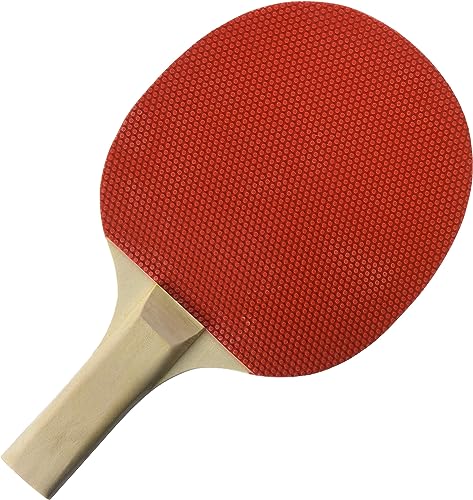 Sandpaper on a Paddle?

Surprisingly, yes! While the name implies that sandpaper is used as the surface covering, it is actually an extremely thin layer of hard textured plastic with some form of adhesive backing. It’s not at all like the coarse material you find in a box of assorted grits or a canister of wet/dry abrasive paper. When attached to a laminate wood blade and finished with conventional varnish, no one would be able to tell it’s there without very close inspection.

Surface texturing is a hot topic in table tennis and has been since the late 70’s when it was first introduced. Back then, players were using everything from rough rocks to emery boards with adhesive backing to scuff up their rubber sheets. Manufacturers finally got wise and added texture to their products but not in the way players had envisioned.

Laminate wood blades have small grooves cut into them at precise angles during production resulting in a good grip on the ball every time contact is made. Also, each layer of laminate absorbs some of the impacts from ball contact, making for consistent play over an extended period of time.

The ping pong paddle is the most important piece of equipment in a game. It can be made out of wood, plastic or metal and typically has one side covered with sandpaper for grip. Although there are many ways to make a ping pong paddle, this article will focus on two different types: Sandpaper Ping Pong Paddles vs Rubber.

Sandpaper Ping Pong paddles have been around since the 1930s and rubber was not used as material until much later (1960s). The material that you choose to use for your ping pong paddle may depend on what type of surface you play on. If you play indoors, then it’s best to use rubber because it won’t scratch up the floor like sandpaper. 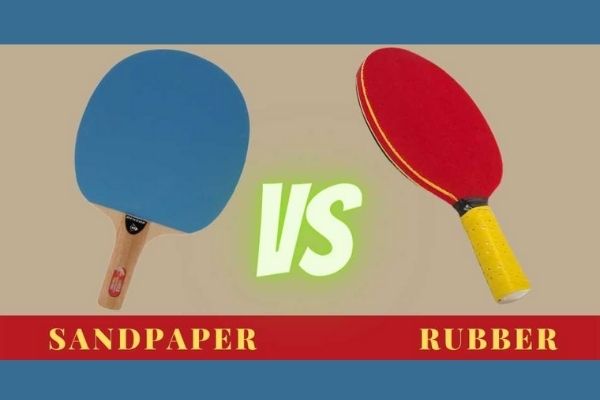 When it comes to a sandpaper ping pong paddle, you may need to replace the sandpaper on your paddle once in a while. With constant use, the sandpaper will wear down and become less effective Sandpaper Paddles are best used when playing on concrete or rough surfaces because the surface doesn’t need to be completely smooth to be effective.

Also see: Why can a Dented Ping Pong Ball Repaired by Heating?

Why Sandpaper Paddles are legal in ping pong official tournaments: 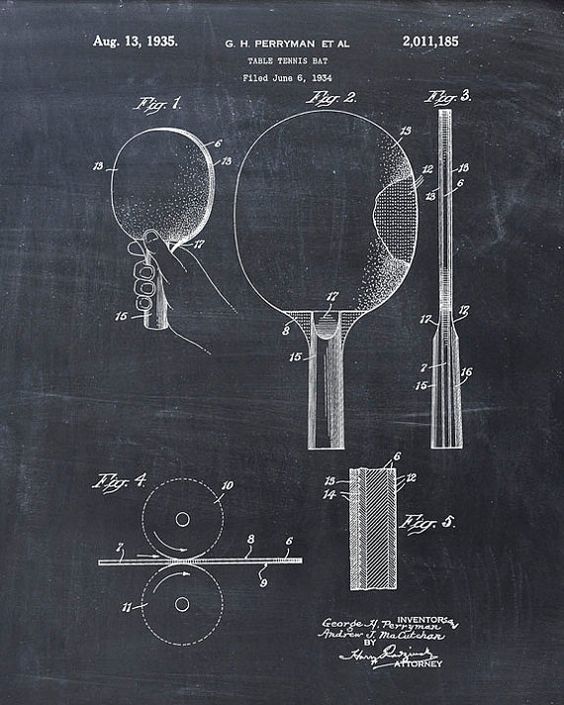 Sandpaper Paddles put an extra spin on the ball and can make it bounce higher. This is advantageous for knocking the opponent’s paddle out of their hand. They have slightly more grip, so they are less likely to fly out of your hand. Sandpaper Paddles are illegal in official ping pong tournaments only because the ease of spin on them makes it too easy to win without much effort. It would be like playing with a Nerf Ball in basketball – everyone knows that it’s not as fun.

Is a Sandpaper ping pong Paddle worth buying? 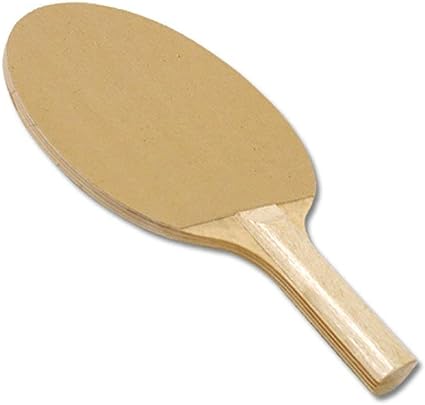 It’s definitively worth buying. Invest in some sandpaper on ebay – it’ll cost you less than $10 for a whole sheet, just don’t do anything illegal. Rubber paddles are great by themselves, but if you have the means to buy a sandpaper paddle, do so immediately.

Some advice for sandpaper paddles: Don’t use it on sponges and rubber over wood combos. The sandpaper will eat away at the sponge and eventually rip through your rubber. You can use it with these surfaces, but be gentle! Wait until you’re good before getting a sandpaper paddle – if you aren’t already very good, you’ll definitely not be able to use it well.

Can the beginner play with the Rubber ping pong Paddle?

As long as they’re careful, beginners can play with rubber ping pong paddles. When you start playing ping pong, you might make mistakes like hitting the ping pong ball when it’s off or rotating when it should be stationary (like in table tennis). With a rubber paddle, the ball will bounce back at your even if you mis-hit the ball. It’s probably not a good idea to use it with sandpaper paddles though, as those will definitely rip through your rubber and cause you to lose your paddle.

Sandpaper ping pong paddles are allowed in official tournament play because they provide a unique surface that is more challenging to use, so it evens out the playing field. But if you’re just starting out with ping pong, we recommend using rubber paddles for beginners. They’re easier to grip and control than sandpaper ones. Once you get better at this game (and learn how to handle both types of the paddle), then you can decide whether or not it’s worth investing in one of these rarer items.